In 2006, Margaret was honored by La Federazione delle Associazione della Compania USA for her “Cultural and Artistic Accomplishments.” Shortly thereafter, the Association acquired her 1999 painting, “The Twin Towers,” for a planned museum in the Naples region of Campania. It was to be constructed to commemorate the many Italians who left their homeland to settle in the New World, and to celebrate their many accomplishments and contributions.
On January 2, 2017, the painting was unveiled at the recently completed Museo delle Emigrazione in Sant’ Angelo dei Lombardi. The event was hosted by the mayor of Sant’ Angelo, Rosa Anna Maria Repole, and attended by the artist, local dignitaries, friends, family, and admirers. It was followed by aperitivi, hosted by the mayor and then a reception in the nearby town of Calitri, her parents’ and her husband’s birthplace.

Margaret’s painting, “Nonna”, created from her memories of her extended family in Italy, is on loan to the Italian American Museum of Los Angeles in California, for its exhibition: ITALIANITA’ Italian Diaspora Artists Explore Identity, from May 2018 to January 2019.

In March, 2018, Margaret travelled to Calitri, Italy to deliver her painting of her memory of that town, entitled, “Calitri”, to the local Museum, La Casa della Musica.

In May, 2017, Margaret was awarded an honorary Doctorate of Fine Arts from the College of Staten Island, the City University of New York. The degree was conferred by Dr. William J. Fritz, President of CSI, to a standing ovation of the thousands of students, friends and families in attendance at the commencement ceremony. 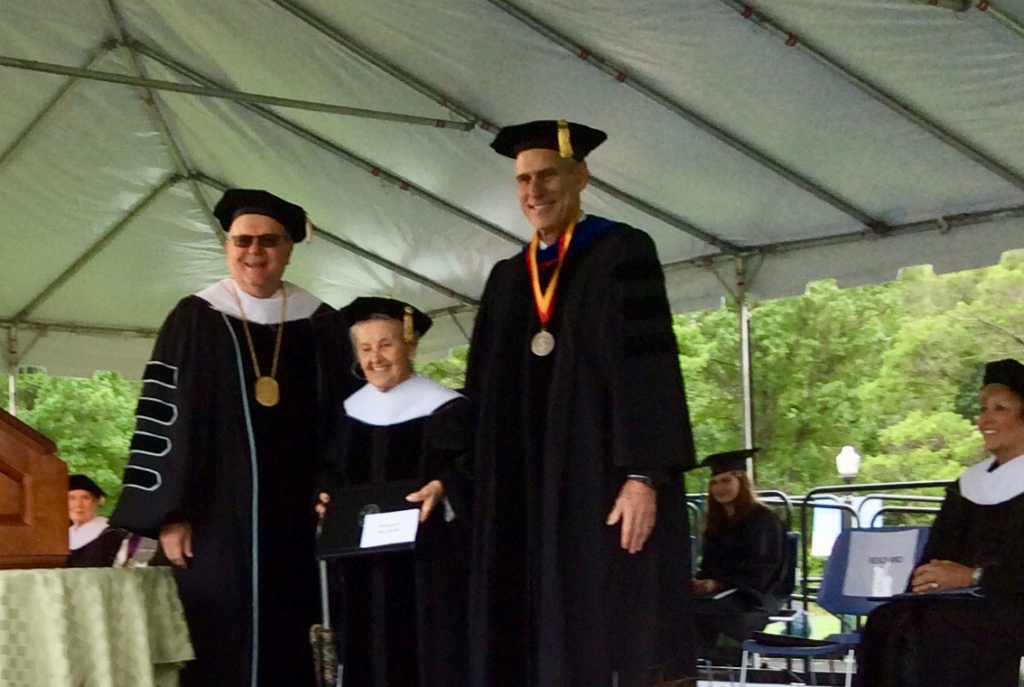